You are here: Home / Health and safety / Death in the workplace – unimaginable and avoidable 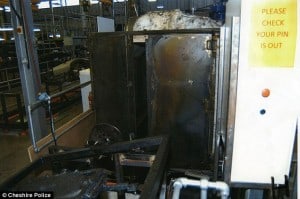 The oven where Mr Catterall died. His shouts for help were drowned out by the din of the noisy factory.

Two days before Christmas day in 2010, Alan Catterall entered an industrial oven at his workplace to repair a fault. He was still inside when a colleague switched the oven on after noting that it was now working. What followed was one of the most horrific deaths at work that I have come across. Mr. Cattarall died of shock after what I can only imagine to be a most horrible death having been subjected to temperatures of 280C.

There had been no risk assessments and staff had not received suitable training on how to use the new ovens and there were no written instructions on cleaning and maintenance. HSE

On Monday 12th January, a court ruled that the company, Pyranha Mouldings was guilty of corporate manslaughter by a majority verdict. It should noted that both the health and safety executive and the police jointly conducted the investigation into Mr. Catterall’s death and it took nearly four years in total to get to court. The trial lasted some five weeks.

When I speak with business owners and/or train their staff, neither party can comprehend the truly awful life changing effects that an accident investigation can have on the business, the staff, the owners, managers and just about anyone associated with that company, including customers and suppliers.

My training delivery style seems to be unique with regard to health and safety, in that, I always get people talking about the effects of deaths or injuries at work. The talk is focused on three areas; the injured person, the company and society.

The outcome of the discussion is a realisation that many, many people are affected by major accidents at work and all agree that if there was a death in the workplace, that they would struggle to recover from such a tragedy.

One thing that I do know, is that if Pyranha Mouldings had trained their staff in Health and Safety in the Workplace 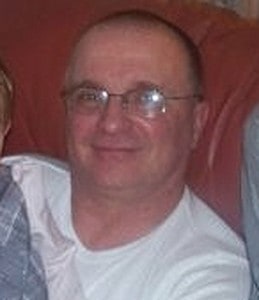 (a nationally recognised qualification,) Alan Catterall would have known to, a) isolate the machine so that it could not be switched back on until he was out of it, and b) made colleagues aware that maintenance work was going on.

Sadly, Alan Catterall is not the only person to be killed at work in the Northwest and the HSE has recently published a plea to Northwest businesses to pay much more attention to the safety and welfare of their employees, although the national figures are also a worry.

Nationally, across Great Britain, there were 133 deaths at work in 2013/14, more than 79,500 injuries were formally reported and over 1.1 million people are estimated to have been made ill. HSE

My plea to businesses in the Northwest is a simple one. Train your staff to work safely! Train supervisors, managers, managing directors, CEOs to make sure that they understand their responsibilities under the Health and Safety Act 1974 and the implications of the Corporate Manslaughter and Homicide Act 2010.

Of course there is also the company’s reputation and continuity of business to consider and the damage that such bad publicity brings. This company have been under investigation for four years, two people have been found guilty of manslaughter and are awaiting sentencing and the company must try to continue to manufacture and sell its kayaks.

1) Come along to one of my Health and Safety for CEOs workshops and learn about your legal and moral responsibilities.

2) Get you staff onto one of my health and safety training courses before it’s too late.

Read more about this case below in these local and national online newspaper articles: