You are here: Home / Health and safety / Training vs Fines. New guidelines may help you decide

From the 1st February this year, we will start to see the effects of the latest and long overdue changes to the sentencing and penalties handed down to organisations for serious health and safety failings, corporate manslaughter and food safety and hygiene offences. So if you think you can’t afford the training, can you afford the new fines? Training vs fines? New guidelines may help you decide. 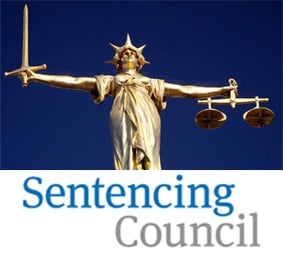 The Sentencing Council’s guidance will apply from 1st February regardless of the date of the offence and Judges now have a tiered penalties framework to guide them. The framework is based on the size of the organisation, its’ turnover, the level of harm risked and the culpability established.

Currently, fines for health and safety offences resulting in death should not normally exceed £100,000 and not less than £500,000 for corporate manslaughter. However, these figures seem like loose change compared to what’s about to start happening in the UK courts.

For the most serious health and safety offences, (not just fatalities), we are likely to see fines of up to £10 million if the organisation’s turnover is greater than £50 million.  This sliding scale comes right down to micro-organisations (less than £2 million) being punished with fines of up to £450,000. For a large organisation convicted of corporate manslaughter, they may face a fine of up to £20 million. Businesses will now have to submit three years accounts to help the courts decide on the level of fine.

In order to decide on the level of fine, the courts will also take into account other factors, such as past convictions and poor health and safety practices. Although, co-operation, self-reporting and acceptance of responsibility may help the organisation, the fines for failures will still be light years away from where they are now.

One of the activities that sparks the most debate when I am training health and safety in the workplace is ‘how much were the fines’. Several example cases of past failings are presented to the groups and they have to guess what the actual amount of the fines given were. Out of eight cases, no group has ever got more than two fines correct.

What this demonstrates, is that the current judicial system is all over the place. Speculation as to what mood the Judge was in, how many other failings have happened and where you live have been put forward as to the reason for the lack of consistency.

With all of this in mind, I wonder how the new guidance would have affected the Vauxhall Motors trial in the case of Alan Heard. Mr Heard was crushed by machinery in his work area in 2011, where he had worked for over 42 years ‘man and boy’. He died three weeks later in hospital. The court heard that Vauxhall had made changes to one of the entrances into the area and a doorway had been created through a wall at the back of the paint unit. The changes meant that access was allowed without power being cut to dangerous machinery.

A risk assessment had been carried out following the change (10 years earlier), and the findings, that the change in the doorway meant that the light sensor no longer cut out machinery if people walked past, was ignored.  Vauxhall were fined just £150,000. I suspect that from February, a similar case might attract a fine of up to £20 million.

If it can be proved that an organisation has received prior warning and was aware of certain hazards and then had ignored those warnings and as a result been negligent, then the courts will surely penalise those individuals and organisations responsible for their ignorance.

Culpability* is the key word here. If a company fails in its duty under the Health and Safety Act etc. 1974, and it is proven to have ignored near misses, warnings and/or advice from various sources, the court will not look too kindly on this and fine accordingly.

Many business owners and leaders don’t readily grasp the consequences of not complying with health and safety legislation and indeed, don’t understand their duties in law. But the law considers this and states that organisations must enlist expert help in these matters.

The message here is loud and clear. If you could do more to safeguard the health, safety, welfare and the life of your employees, then you should. Do it now! Don’t fall foul of the Health and Safety at Work etc. Act 1974, It could cost you dearly, even your whole business.

*Culpability generally implies that an act performed is wrong, but does not involve any evil intent. It has limited significance in Criminal Law, except in cases of reckless homicide in which a person acts negligently or demonstrates disregard for life, which results in a person’s death. In general, culpability is used to mean reprehensible rather than grossly negligent behaviour. Culpable conduct may be wrong but it is not necessarily criminal.

Michelle Hay Training Limited provides health and safety consultancy, support, advice and training to businesses throughout the Northwest area. Register and come along to the FREE monthly health and safety workshop for senior managers, specifically aimed at helping CEOs, MDs and H&S reps understand their duties in law. Call 0161 298 1040 or email michelle@michellehay.com